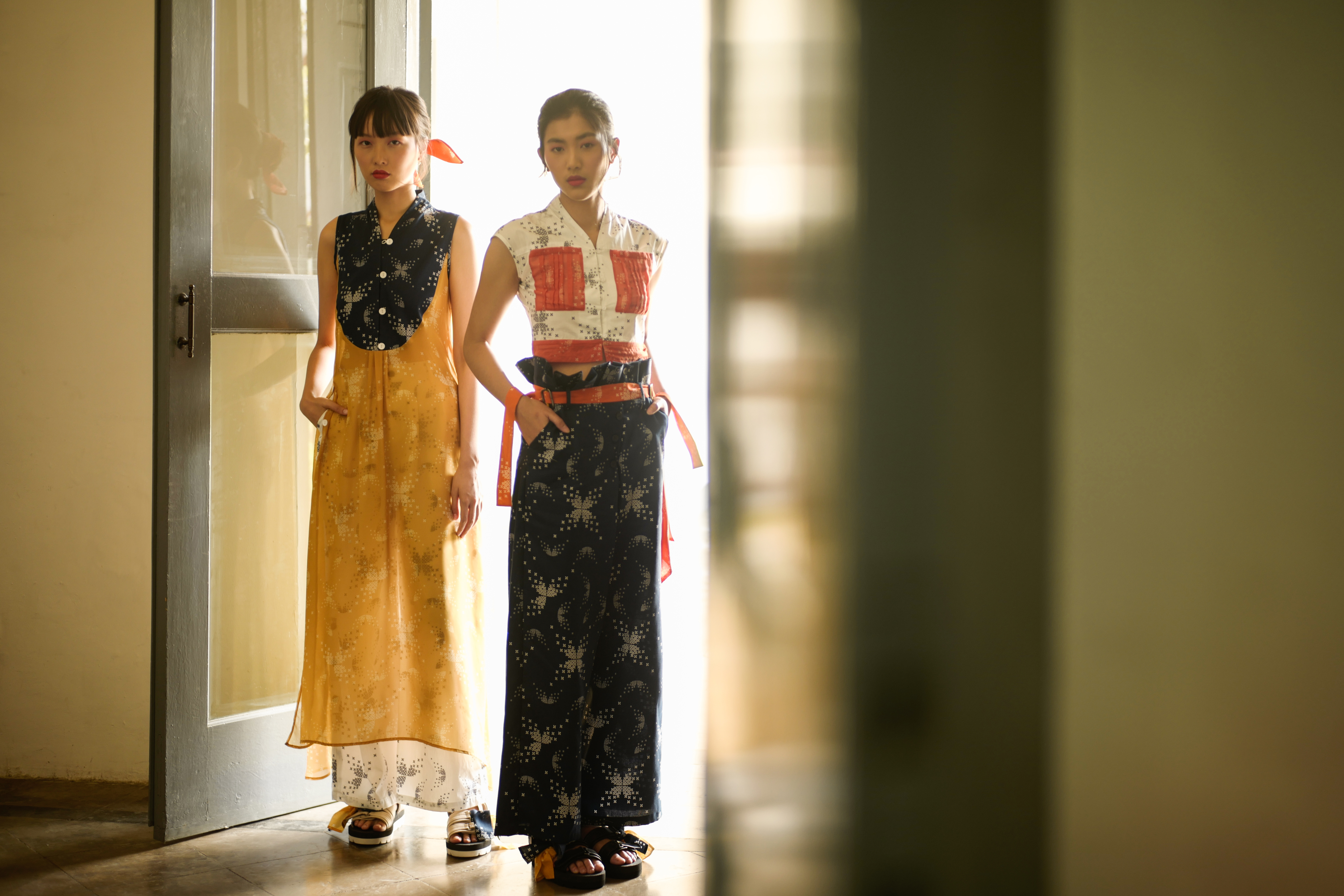 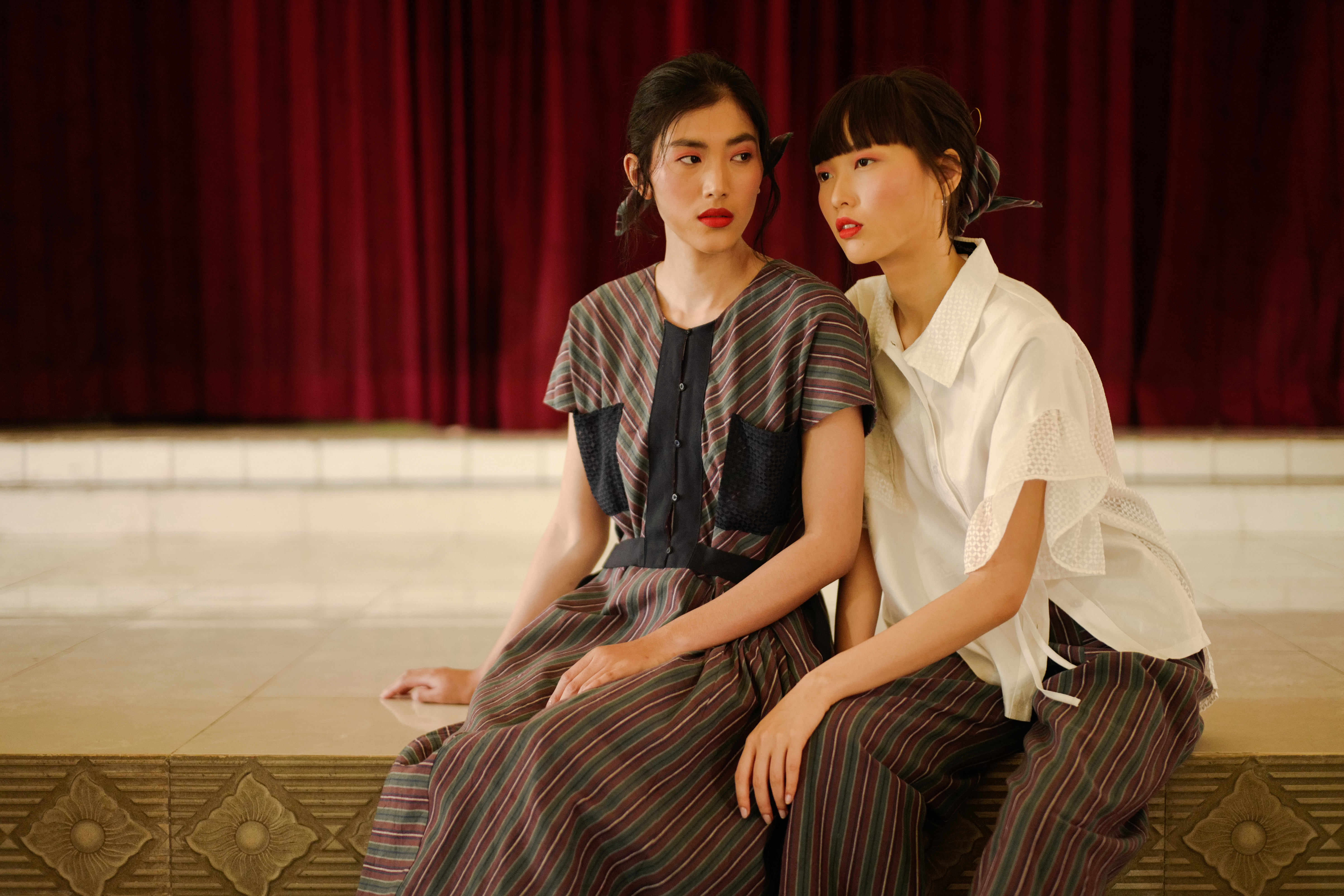 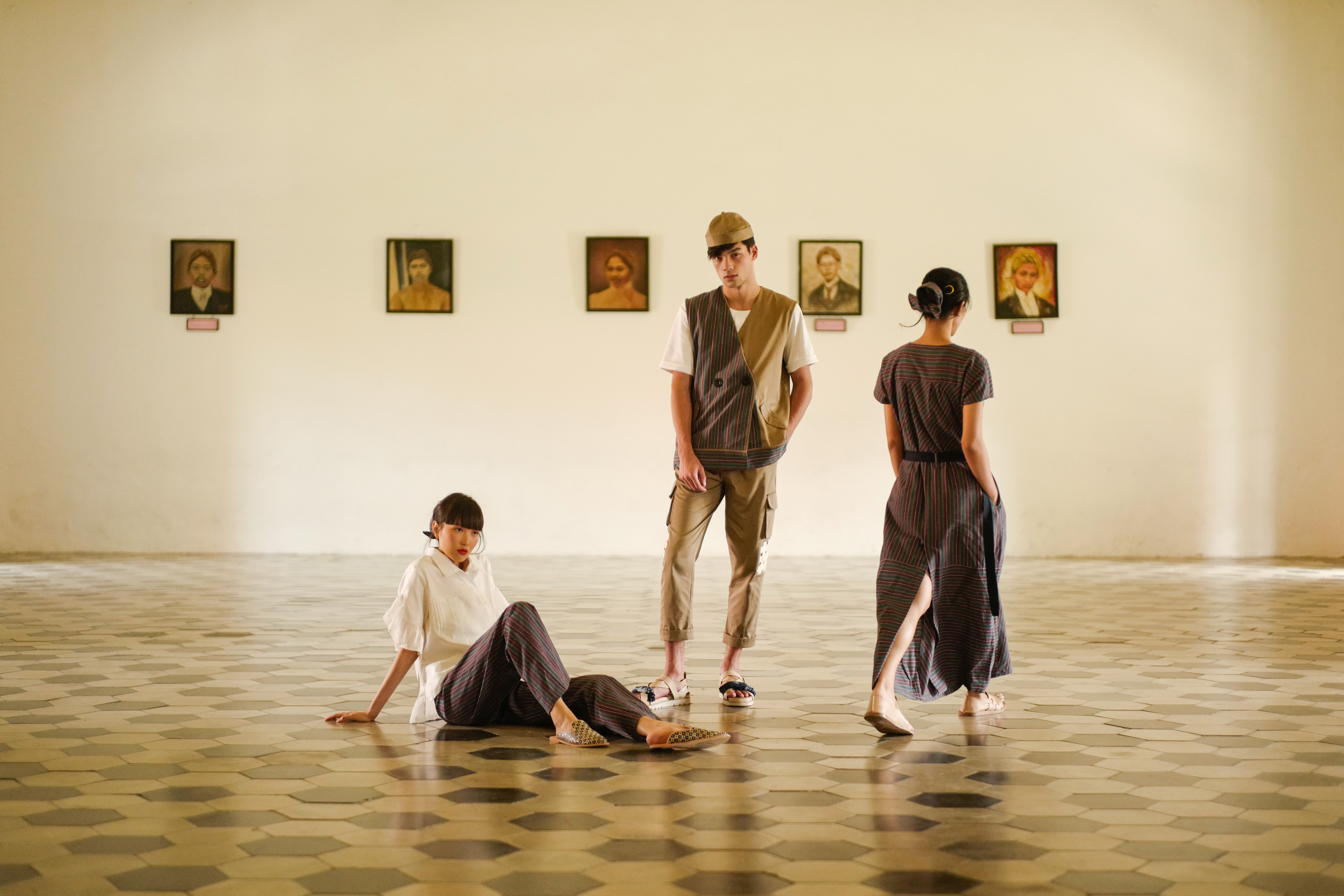 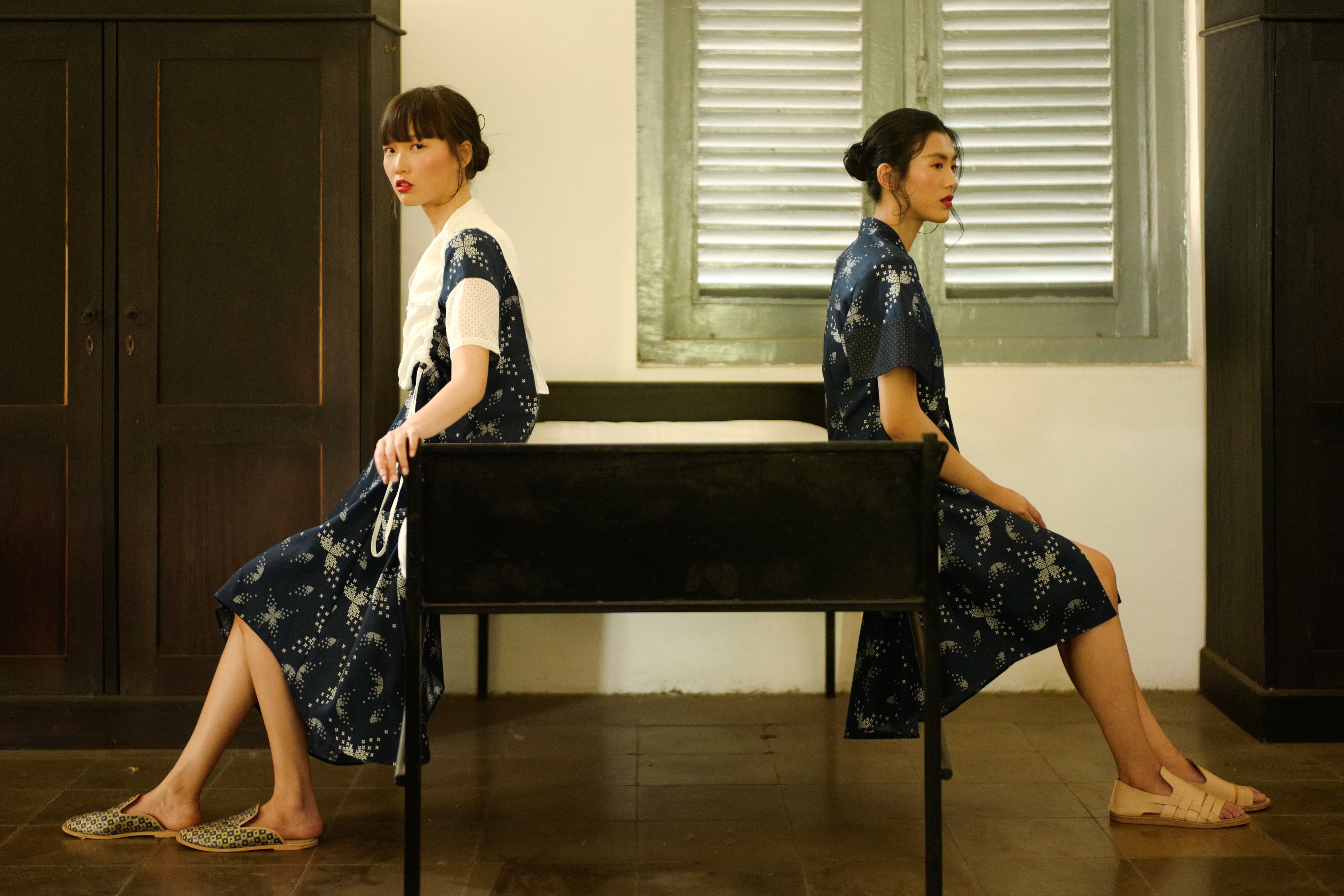 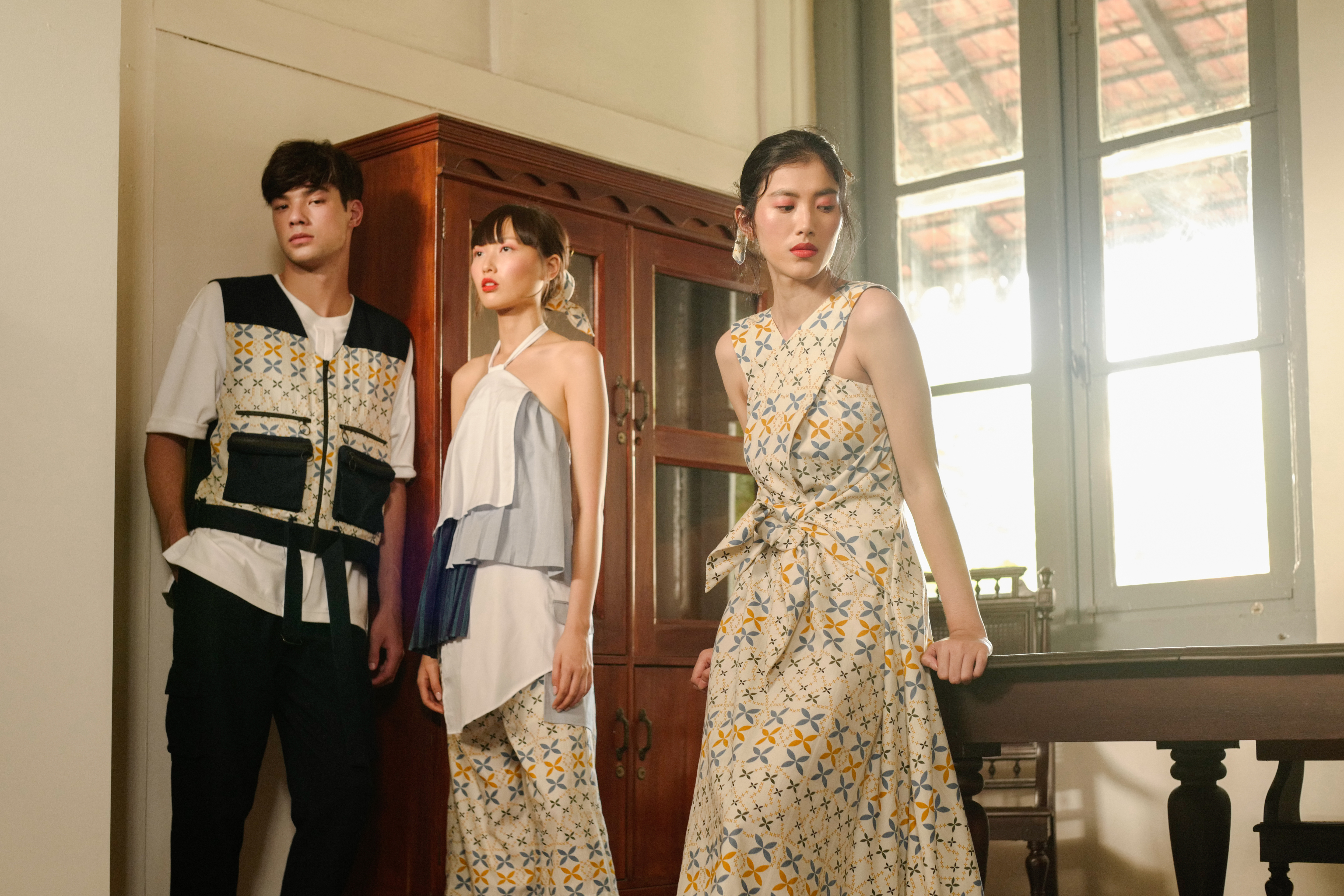 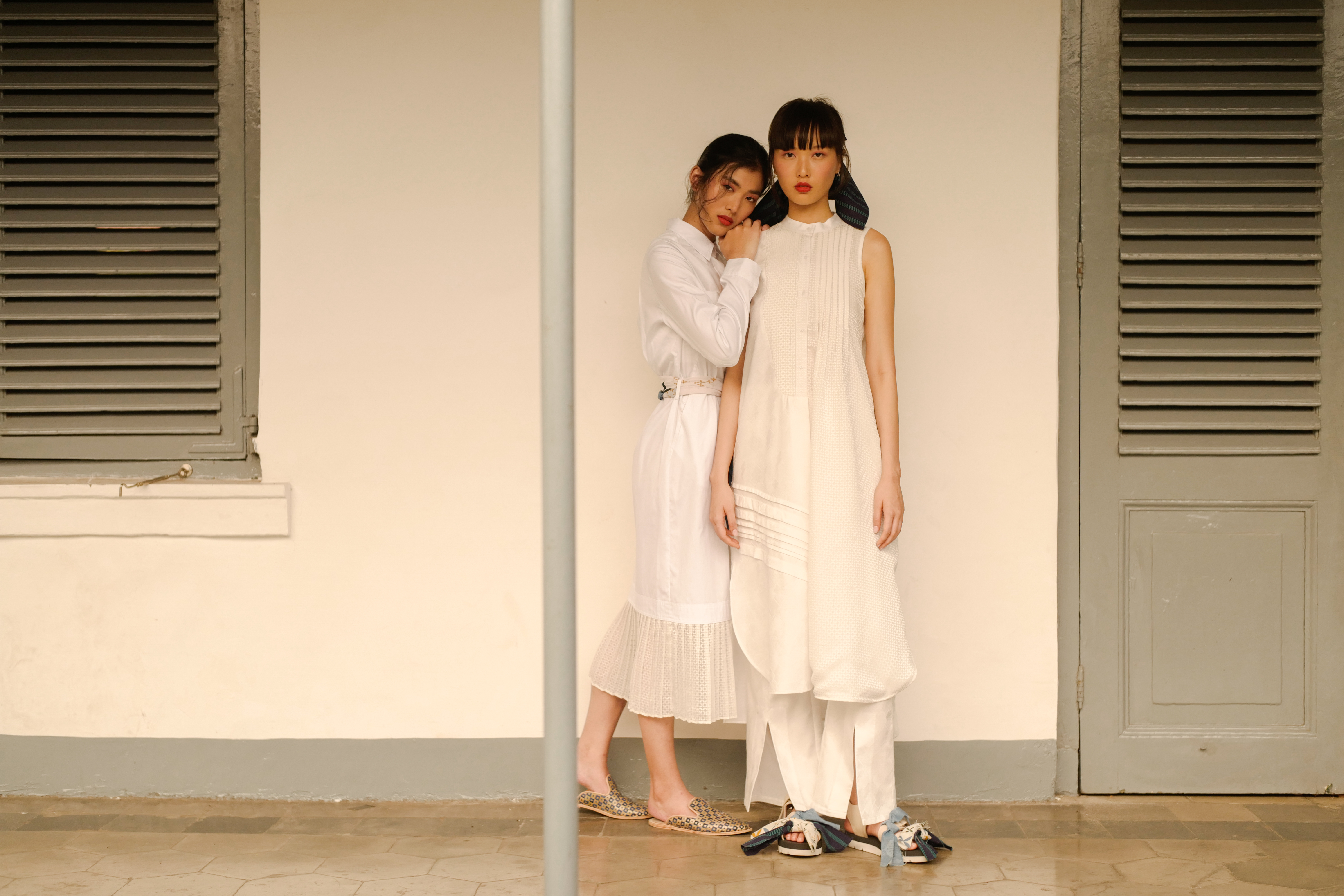 This season is inspired by the Betawi tribe, which resulted from a mixing of ethnicities. The Betawi are a combination of the many people who, at one point in history, moved to the city of Jakarta – such as the Ambonese (Ambon), Chinese (Tionghoa), Javanese (Central and East Java), Melayu (Borneo, Malaysia, Sumatra), Samawa (Sumbawa), and Sundanese (West Java). In the process, this multitude of cultures were accepted and gradually merged into one, giving birth to a new ethnic group that still maintains their original characteristics and elements. In Bahasa Indonesia, ‘sejari’ means ‘unity amidst diversity’.

Three motifs were created: Aluwung, Abimantrana and Kawung Rante. Aluwung, which is Sanskrit for ‘better’, incorporates batik kawung to represent perfection and purity. At first glance, the motif looks like a random scattering, but when viewed from a distance, one can see a magnified kawung shape with gradation effects. Abimantrana, which is Sanskrit for ‘blessing’, uses the half-circle shape from the heads of Indonesian ondel-ondel – large puppet figures traditional featured in Betawi folk performance. It also includes batik grinsing to resemble fish scales. Kawung Rante is derived from two words: ‘kawung’ of batik kawung, and ‘rante’, which is Javanese for ‘chain’. The pattern groups together different-sized kawung to imitate the metaphorical chains that hold us together. This arrangement emphasizes the idea that singular components can create a single harmonious pattern.